”So that more and more people can dedicate themselves wholeheartedly and with all their senses to achieve socio-political changes: EnergyTransitionArt!” – Leonie Baumann
”The energy revolution needs new forms of consideration: EnergyTransitionArt” – R. Andreas Kraemer
”I hope for artists who will put their work, their persuasive power and their anger at the service of this world-sustaining project.” – Prof. Dr. Peter Raue

More than 400 artists submitted almost 1000 works of art to the EnergyTransitionArt-contest. The jury had the challenging task of selecting the works of art for the exhibition and then to select three winners of the competition. Considering the different kinds of art, this was an exciting and challenging endeavor. To put this task in good hands, the members of the jury were selected based on different experiences, knowledge and disciplines.

19 artists were chosen and will be exhibited starting November 8 at the “silent green Kulturquartier” in Berlin-Wedding. 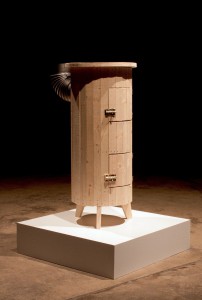 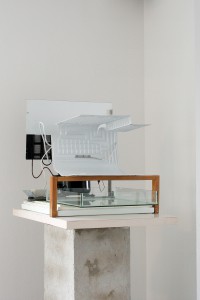 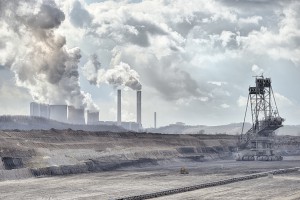 GAEG – WOLFGANG AICHNER & THOMAS HUBER
http://www.wolfgang-aichner.de
Following study programs in the Fine Arts and Architecture, Wolfgang Aichner has accepted various teaching assignments in Germany and Great Britain. He has received numerous prizes and residencies and shown his work in various exhibitions. Many of these exhibitions took place in the context of the artist collective GÆG (global aesthetic genetics) together with Thomas Huber, who studied painting at the Munich Academy of Art.

PAUL ALTMANN
http://www.paulaltmann.de
Paul Altmann’s journey to the fine arts took place via media design and photography. He is currently studying visual arts at the Academy of Visual Arts Leipzig. His works have been seen in various exhibitions in Germany, Venezuela and Columbia.

BEATE BAUMGÄRTNER
http://www.beate-baumgaertner.de
Beate Baumgärtner studied at the Art Therapy faculty of the University of Applied Sciences in Nürtigen. Following her academic studies she set-up and managed the Werkstatt für Kunsttherapie (Workshop for Art Therapy), a rehabilitation facility for those suffering from psychological disorders. Her works have been shown in various individual and group exhibitions.

ALEXANDRA CENTMAYER & ROLF BEHRINGER
http://www.alexandracentmayer.com
Alexandra Centmayer has studied at the Kassel University of Arts, the Complutense University of Madrid and the Berlin University of Arts. Exhibitions and projects in Germany, India and Austria followed. Since 2011 Alexandra Centmayer has developed solar installations in collaboration with Rolf Behringer. He currently manages training projects for sustainable development, following work for the German Development Service in Namibia building a solar cooker workshop.

JULIANE DUDA
http://alphamaer.berlin.heimat.de
Following studies at the Academy of Visual Arts Leipzig and the Berlin University of Arts, Juliane Duda was a Master Student for Prof. Katharina Sieverding. Along with scholarships she has received a number of prizes for works that have been displayed in various individual exhibitions in Germany, Slovakia, Moscow as well as group exhibitions.

ROMINA FARKAS
Born and raised in southwest Germany, Romina Farkas currently lives and works in Frankfurt am Main. Following studies in media arts and sculpture as well as theory and history in Kiel, England and more recently in Hamburg at the University of Fine Arts (HFBK), Romina Farkas graduated this past summer with a Master of Fine Arts. Her often time-oriented artistic works frequently address the question of the im/possible reproducibility of nature and the reconstruction of collectively anchored poetic moments. Romina Farkas’ work has been shown in many exhibitions in Germany and throughout Europe.

MAGOMOMENTUM – ANNETTE & MARTIN GORETZKI
http://www.magomomentum.de
The artists have concentrated on common artistic practice in the Atelier Magomomentum since 2007. The focus is works addressing reality. Annette und Martin Goretzki’s common goal is to break down accustomed perceptions and to generate new viewpoints outside of those that have been learned. The initial approach to this work is photography.

BEN GREBER
http://www.benjamingreber.com
Following his academic studies at the Academy of Fine Arts Münster, Ben Greber was a Master Student for Katharina Fritsch. The initial content-based position of his work – for which he has received various scholarships/grants – is the consideration of basic human needs (eating, drinking, warmth, communication, transport, etc.) and how these are influenced and controlled by a technologized world of objects.

MARKUS HOFFMANN
http://markushoffmann.cc
Markus Hoffmann studied fine arts at the Institut für Raumexperimente (founded by Prof. Olafur Eliasson) of the Berlin University of Arts, and at the Charité Berlin. In his work Markus Hoffmann focusses on concepts concerning the viewer’s abilities and limitations to relate to their surroundings. His projects have been shown internationally and supported by several awards, grants and residencies.
Situated against a scientific background, his works oscillate between art and architecture. Markus Hoffmann considers – alongside tangible creation – a continuous discourse through lectures and talks to be an essential component of the function of the artist.

TIMO HOHEISEL
Timo Hoheisel has placed a photographic emphasis on his artistic work. He is currently studying at the Braunschweig University of Art and has shown his work in various exhibitions in Braunschweig and Berlin.

JOHANNES JENSEN
http://www.johannes-jensen.de
Following his training as an industrial electrician, Johannes Jensen studied sculpture at the Kunstakademie Düsseldorf (the Düsseldorf Academy of Arts) and received a post-graduate degree from the Academy of Media Arts Cologne. During this time he received various scholarships and grants and is the recipient of the YOUNG ARTists Award given by the Aachener Kunstroute, amongst others.

KARL HEINZ JERON
http://www.jeron.org
The Berlin-based artist Karl Heinz Jeron worked in collaboration with Joachim Blank from 1996 to 2005 and has taught for several years at the Berlin University of Art. His works have been shown internationally at various exhibitions and have been supported on a global scale through many scholarships and residencies. Karl Heinz Jeron has received prizes at the Prix Ars Electronica (Linz), Comtec Art (Dresden, 1st Place) and net_sight (Graz, 2nd Place).

ROSWITHA MAUL
http://roswitha-maul.de
Roswitha Maul began her artistic career with an apprenticeship as a ceramist and is a Master Student of Eberhard Bosslet. During her academic career she has spent time in Warsaw and Tanzania, working in the latter as a consultant for the development of a ceramics studio for the blind.

LEONIE NOWOTSCH
Leonie Nowotsch studied at the Hochschule für Künste im Sozialem (University of Applied Sciences and Arts – Art in Society) in Ottersberg. Her artworks have been shown in various exhibitions. In her work she questions the influence of modern society on the environment and confronts the observer with their own expectations.

VATTENFALLE
Vattenfalle is a fluid network of artistic activists. The objective: Linking enlightenment and intervention by anti-advertisement; loud and crass with seized message prototypes, social media, conscious economy of attention, and local distribution of print media. A reticent ruckus, staging of the players, humour and cheek aid the performativity.

KATRIN WEGEMANN
Katrin Wegemann has structured her academic career internationally: she was a Master Student of Prof. Else Gabriel, working in Germany, Italy, Canada and Japan. Alongside various scholarships, she is the recipient of the GWK Förderpreis Kunst (the GWK Art Grant) and the Förderpreis der Mart Stam Gesellschaft Berlin (the Mart Stam Society Grant). Her works move in the interface between sculpture and performance. The duration of experienced time is a frequent component of her works and can be seen in the movement and transformation of the objects.