Skip to primary content
”So that more and more people can dedicate themselves wholeheartedly and with all their senses to achieve socio-political changes: EnergyTransitionArt!” – Leonie Baumann
”The energy revolution needs new forms of consideration: EnergyTransitionArt” – R. Andreas Kraemer
”I hope for artists who will put their work, their persuasive power and their anger at the service of this world-sustaining project.” – Prof. Dr. Peter Raue
The jury selected the awardees of the competition. The awards ceremony did take place during the vernissage of the exhibition. The prizes were endowed as follows: 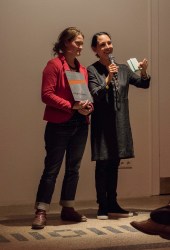 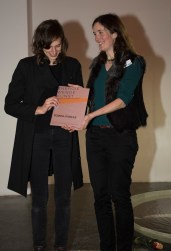 At the end of the exhibition, the “audience’s favorite” was awarded to Centmayer & Behringer with their piece “Painted by the Sun”.